Friday at the retreat was all about jewelry.  We learned how to take apart commercially made pieces, use found objects and all about making connections. Using Apoxie Sculpt, torching copper and bronze wire, and drilling holes in objects were all covered.  I began my first piece by pulling out a jointed china doll and a winged heart pendant. 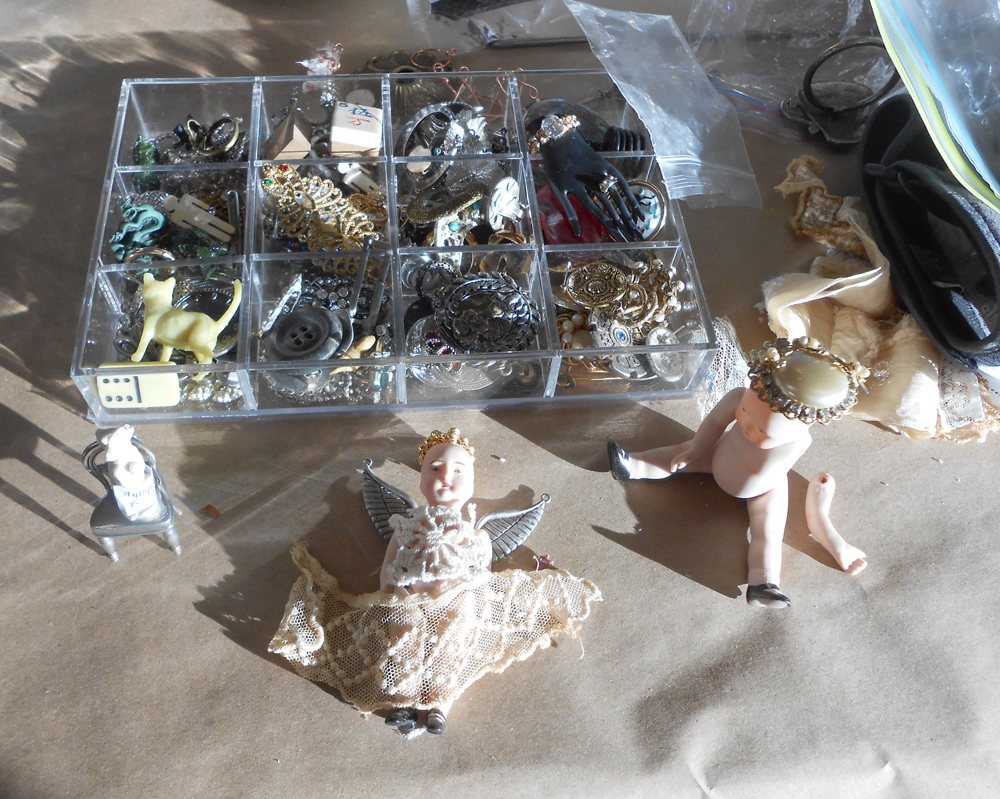 I laid the doll on top of the pendant and liked the look of the wings.  I also found a rhinestone piece – not sure what it was originally but made an awesome crown.  Now how to attach these to the doll?  Drilling holes in the china would likely cause it to shatter, so Jen suggested Apoxie Sculpt. This clay epoxy material hardens in a few hours – no need to fire or bake. And it will attach most materials. My biggest problem was waiting for it to harden – I wanted to move on to the next step. 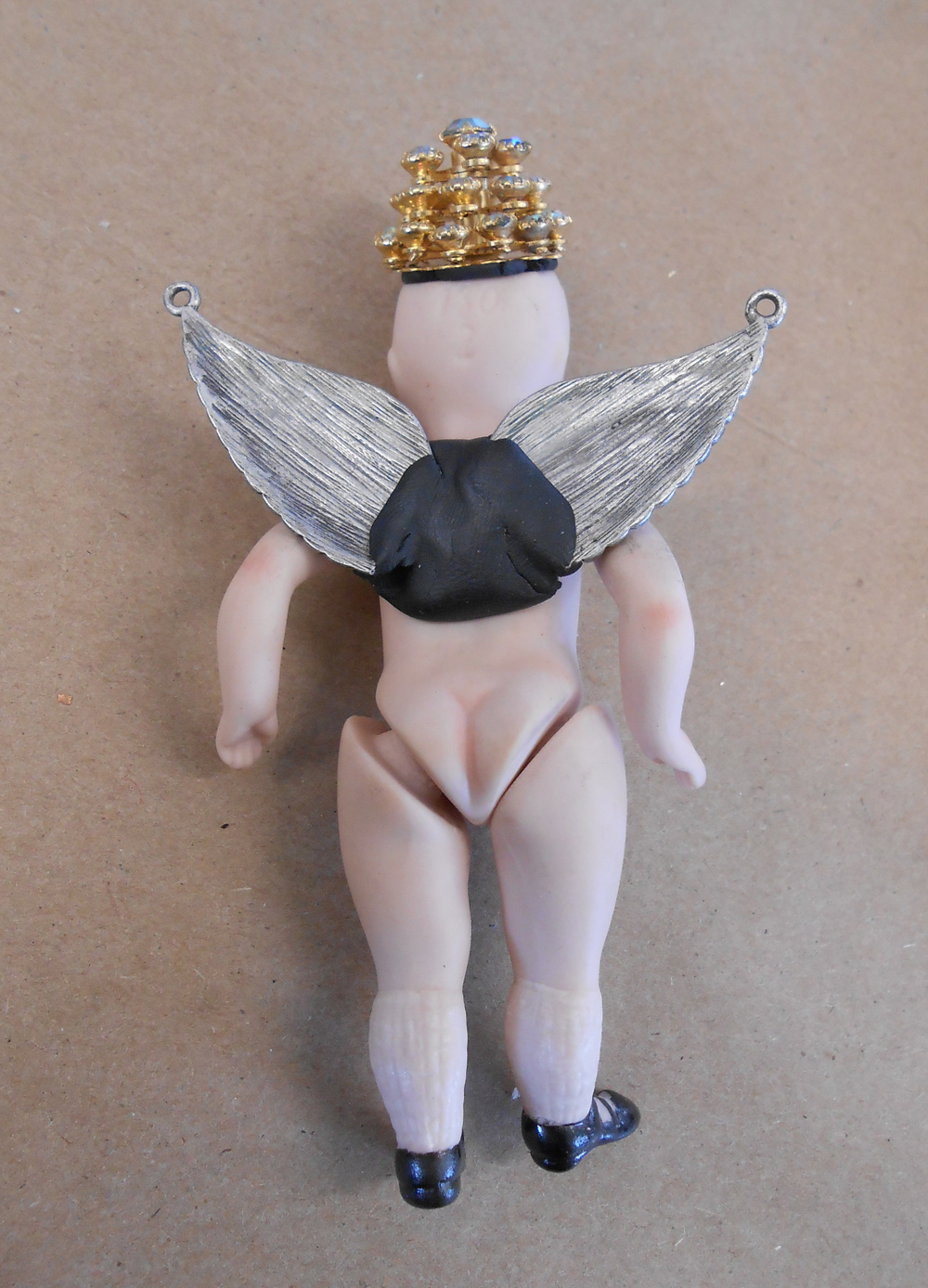 Here you can see the back of the doll.  I cut the wings away from the central heart of the pendant and used the Apoxie Sculpt to attach them. It looks kind of ugly, but I knew I would be adding color on top of the clay and that it would not show when the piece was worn. 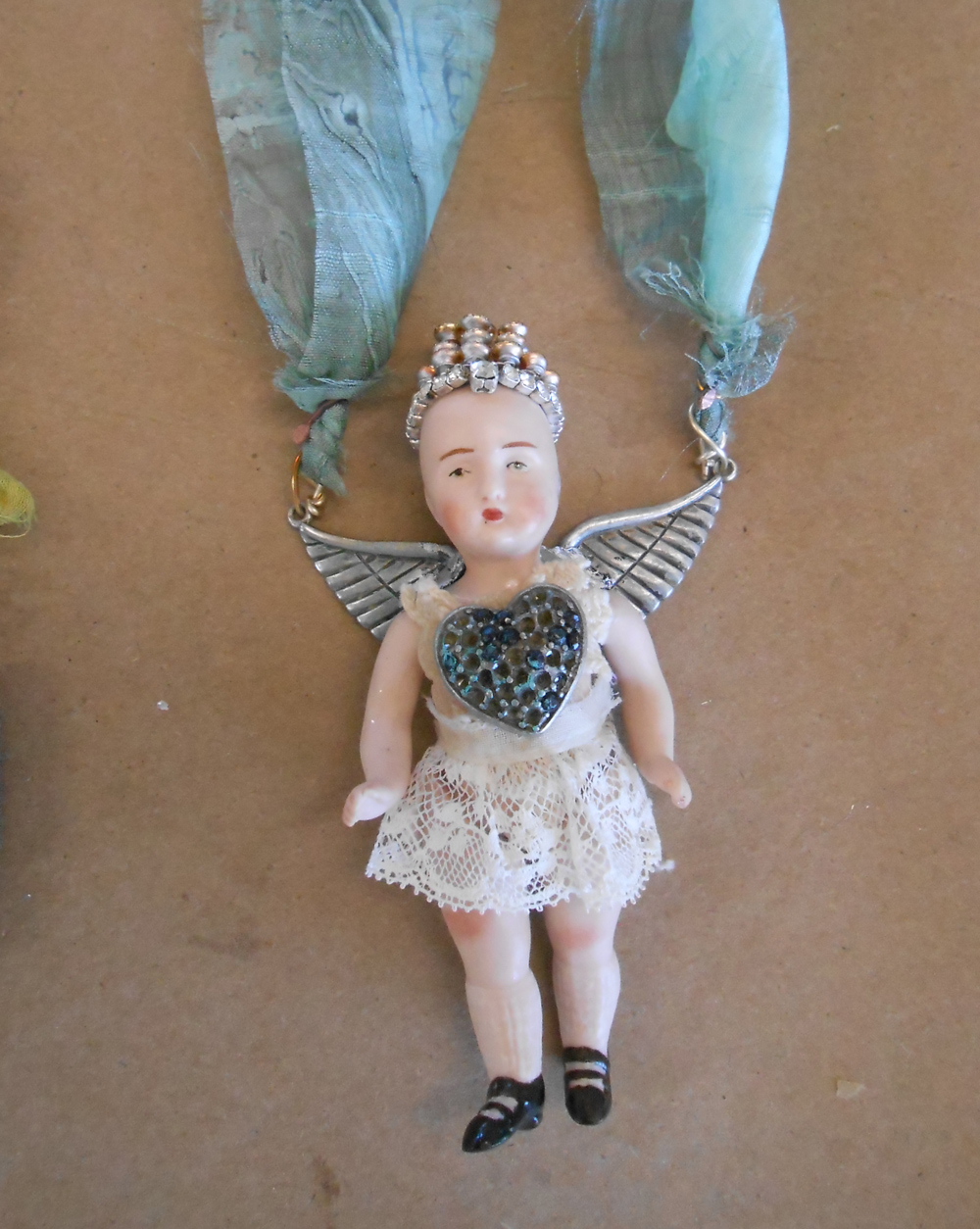 I used Ice Resin to attach some vintage lace and the heart part of the pendant to the front of the doll. I also used it to attach a piece of vintage rhinestone cup chain around the base of the crown to hide the clay. 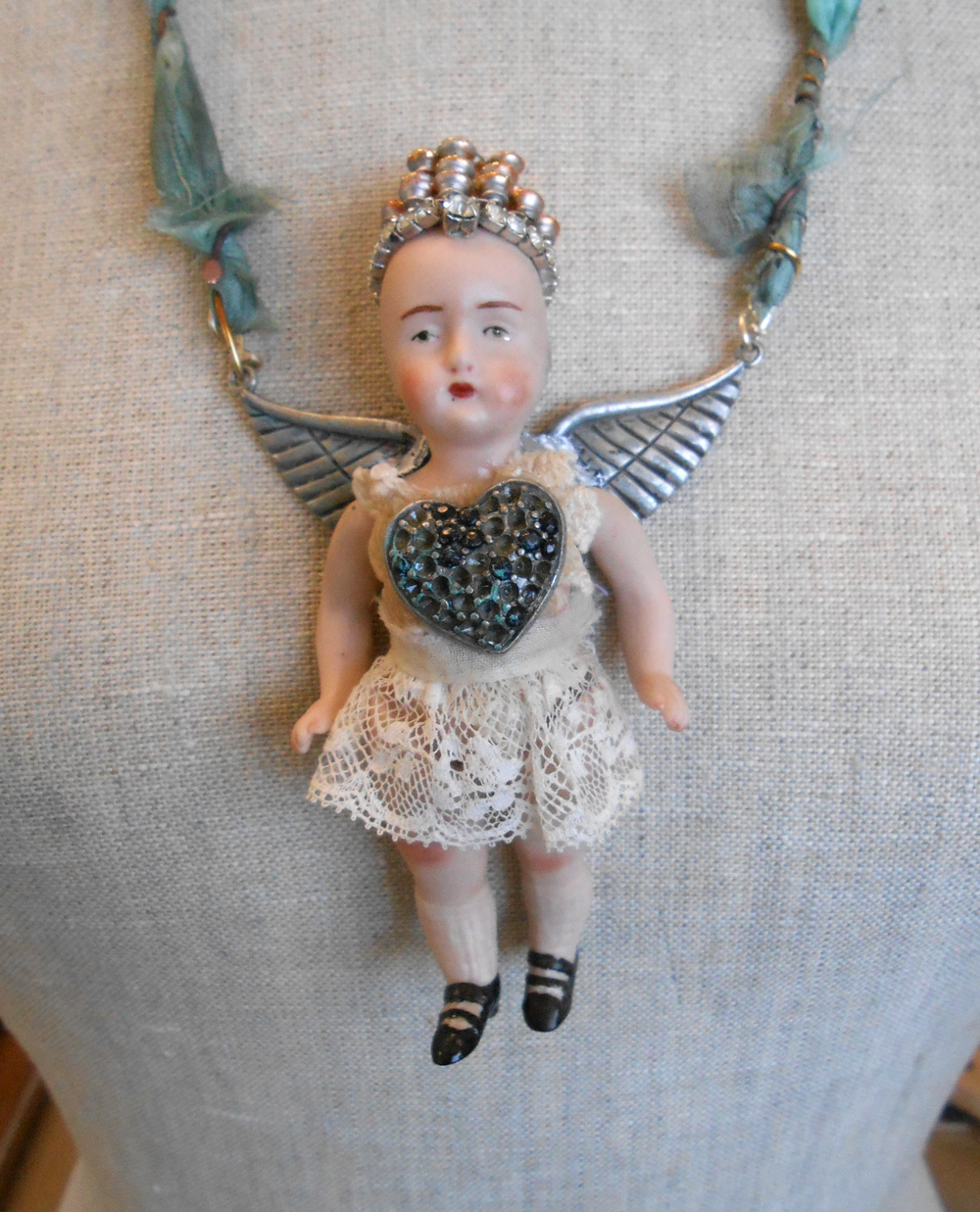 Gilder’s paste was used to color the wings, heart and crown. 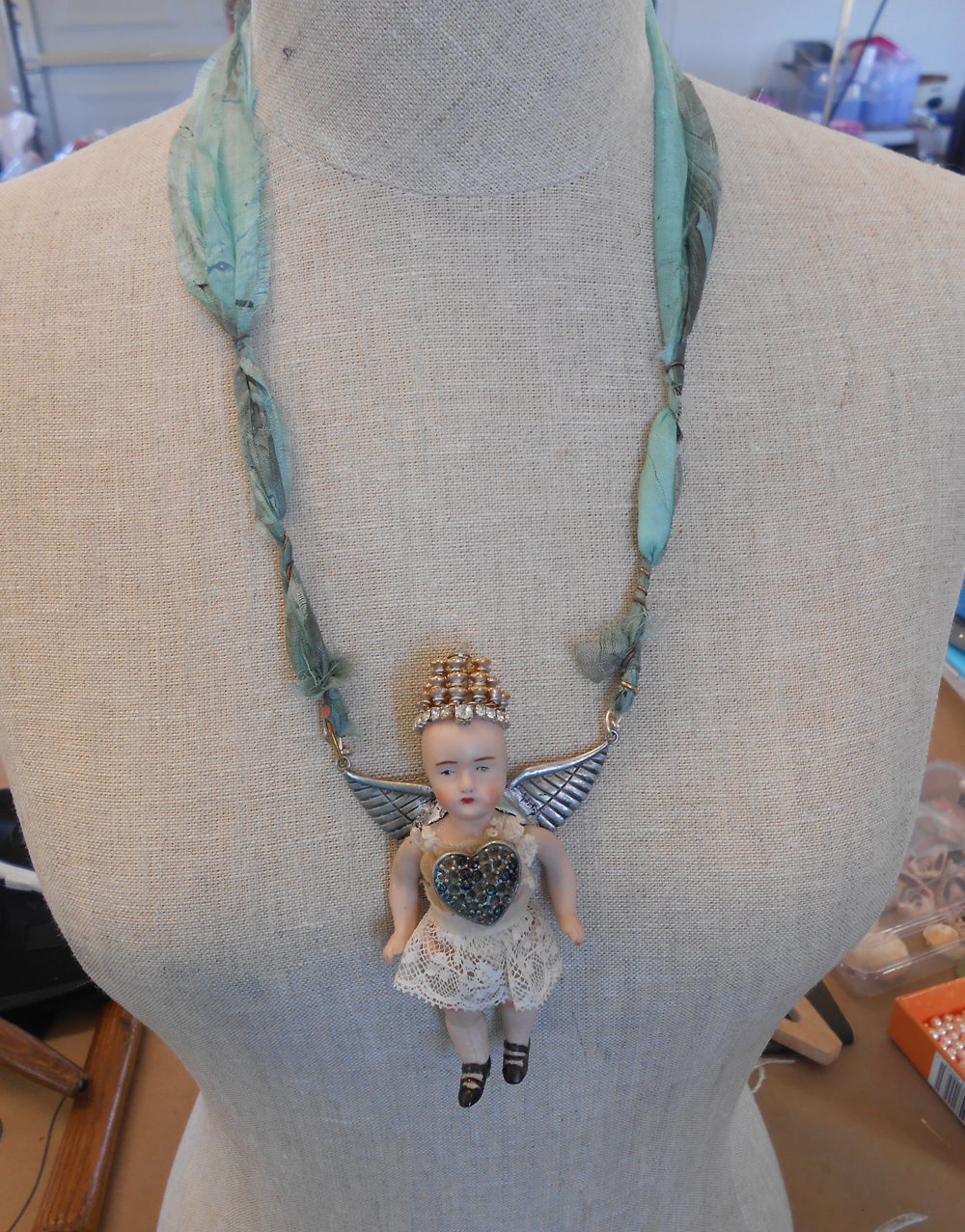 A mottled blue silk scarf was torn into a thin strip and I used bronze wire with balled ends to attach the silk to the wings. 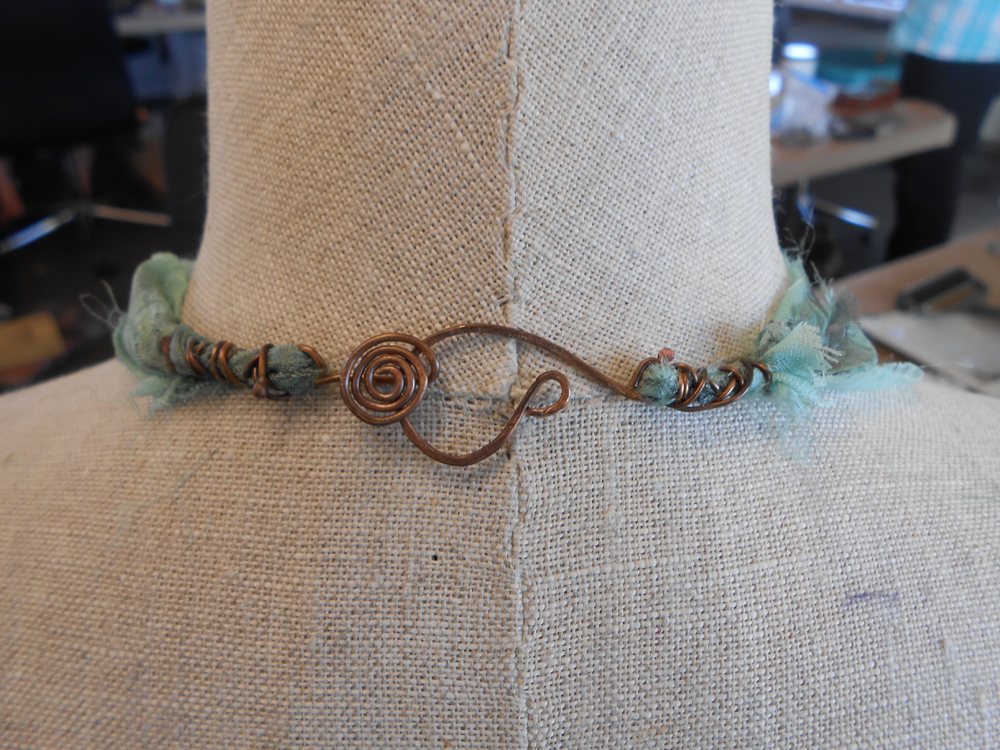 I used more bronze wire to create a clasp for the piece and attach it to the silk.  I was happy with how this piece turned out but even more pleased that it was desired by both Jen and Patti Euler of The Queen’s Ink. Since I didn’t want to hurt feelings by giving it to one over the other, and I am very quick to donate pieces to raise funds for charity, I asked Elena if we could sell it by auction and donate the funds to her organization – Charity Wings. Well, we could and we did – the auction was won by Patti. 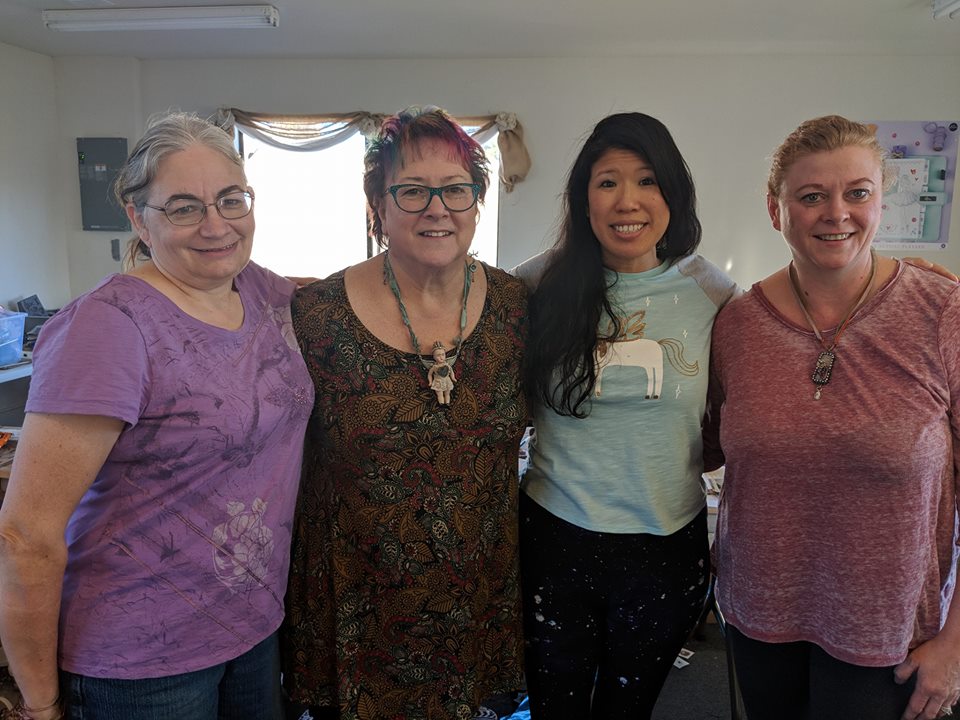