Octavian was completed, but I needed a bear to complete the vignette and a display base for both of them. Some beige short pile mohair was chosen for the bear and then accessories needed to be created. First up were the flippers, which I cut from thin plastic report covers and hand stitched together. They were a bit tricky – plastic is very slippery.

I knew I wanted the bear to look like he was swimming underwater and spent some time thinking about how to achieve that illusion. I didn’t want to have an obvious stand or wire underneath him. I knew he would have a mask and a snorkel, but Bill suggested a scuba tank which could attach with a wire to the base. He was kind enough to create one on his wood lathe and I had to construct a way for the bear to “wear” the tank and hang from it.  That was accomplished with more black plastic and some thin strips of ultrasuede, as well as some creative stitching. His dive belt was made from a piece of red braid with tiny square metal studs. Not sure why I had them in my stash or where they came from, but they were perfect to create “weights” on his belt.

Now, onto the base.  I knew I wanted gears – I was thinking of going more steampunk with the final version. And I wanted something that looked like it would have been at the bottom of the sea for years.  Yet I didn’t want the weight that metal gears would have created.  So I cut some gears out of wood with the scroll saw.  A bit of magic from patina kits by Finnabair transformed them into old, rusty, timeworn “metal”.  I love those patinas and they are so much fun to use.  And they work on so many surfaces. 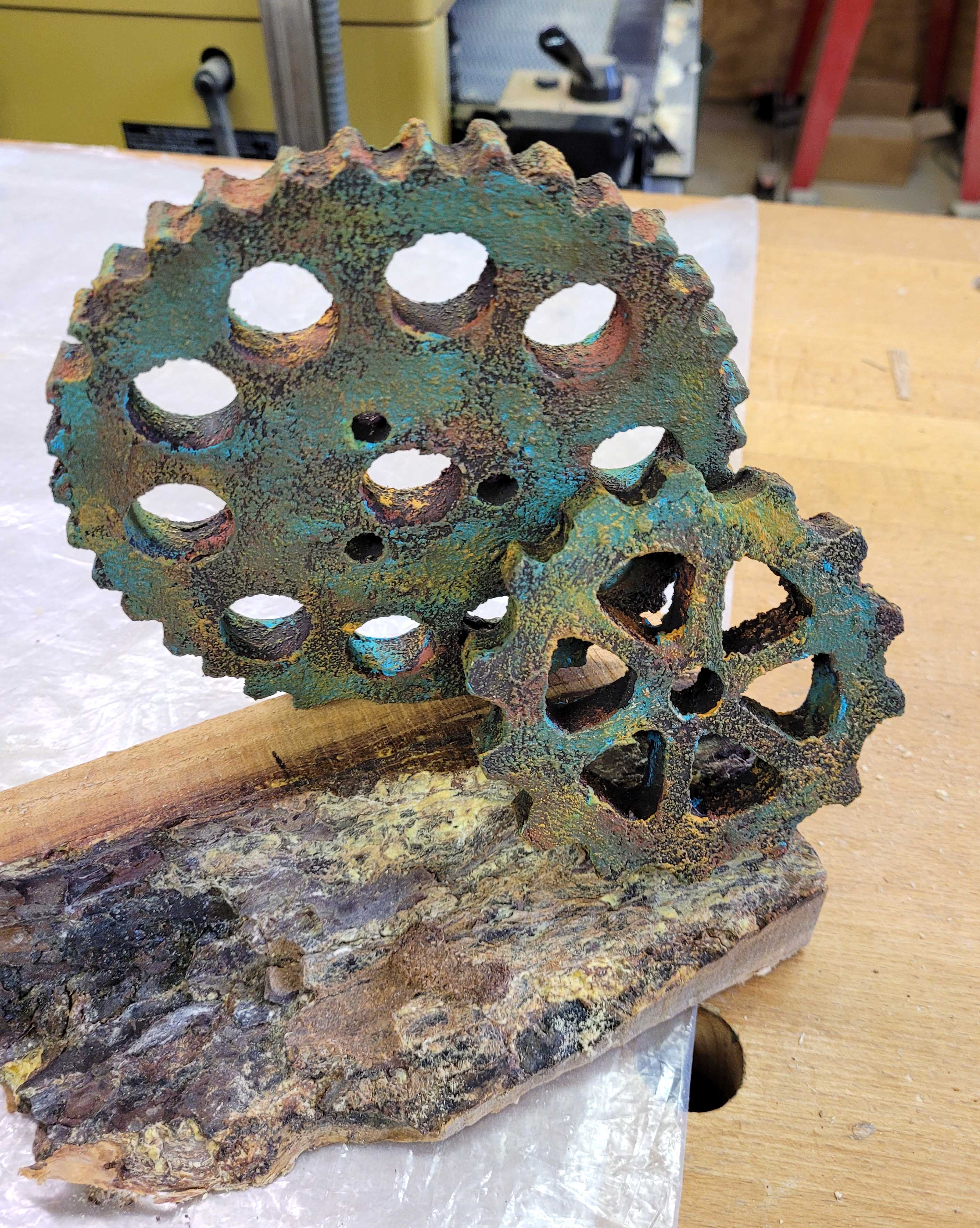 When the gears were done, it was back to Bill’s wood shop to find a base and figure out how to attach them.  In Bill’s reject pile was a piece of live edge southern yellow pine – no good for his woodworking projects but perfect for me. With Bill’s help, holes were drilled in the larger gear and the base and they were connected with a dowel and some wood glue.  The smaller gear was put in place with glue and carefully aimed finishing nails. 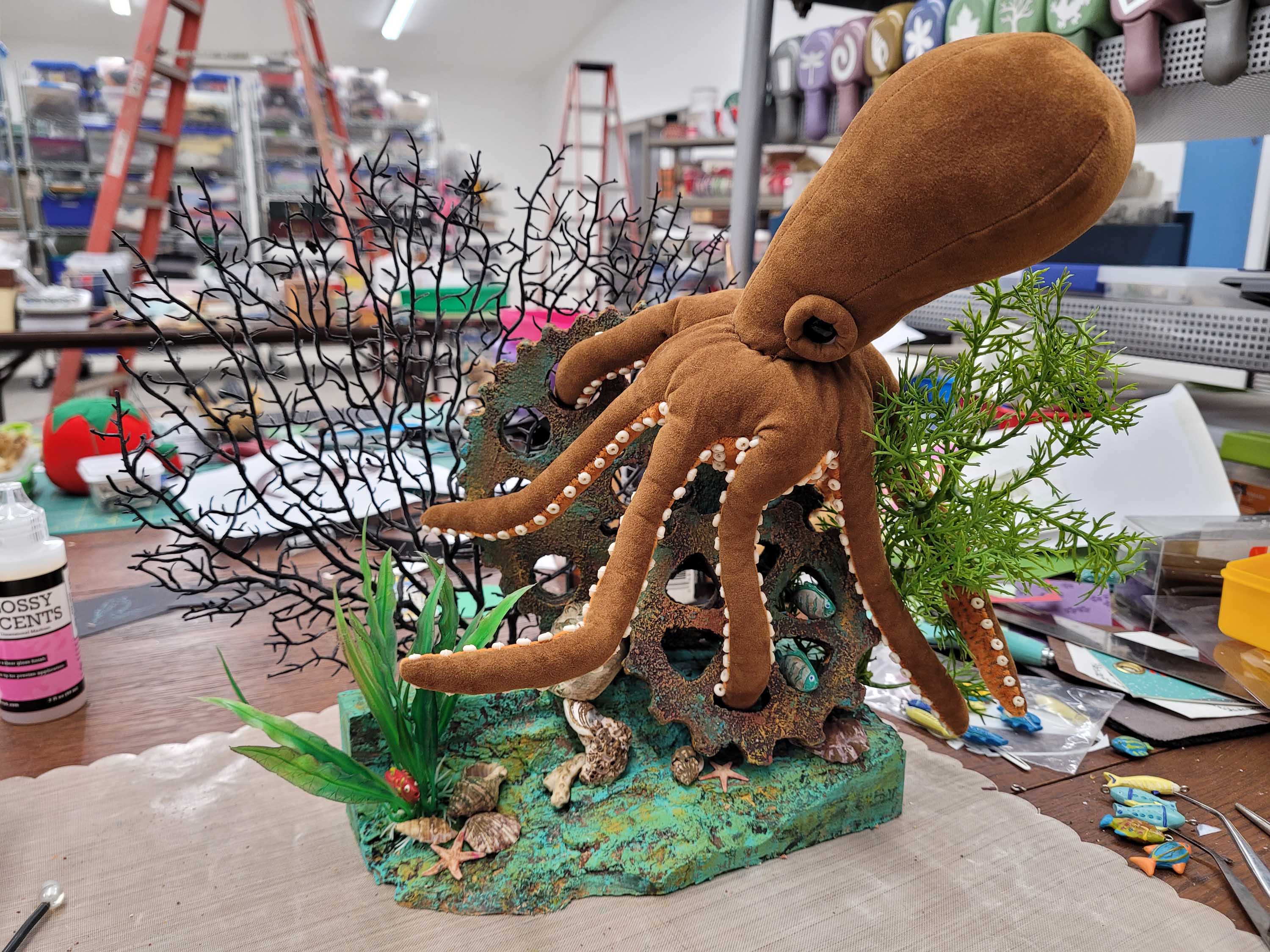 Back to the studio for a coat of paint and the addition of some plants and shells.  The plants are plastic aquarium pieces (found a bag of these at a thrift store) and the shells are real ones given a bit of patina to grunge them back up.  Also, hidden among the plants and gears are some small fish that started life as wine charms.

The gears ended up being perfect for Octavian to wind his tentacles around.  And with the help of a metal rod, Jacques the diver would appear to be encountering him at the bottom of the ocean.  I’ll put up pictures of the completed project tomorrow.

1 Response to Creating an Octopus – Part 2