I like rats.  I really do.  Not the wild ones that overpopulate DC and other urban areas and cause both men and women to shriek out loud and climb on chairs.  But I like pet rats and I adore a well made stuffed rat.
I purchased a rat made by Out of the Woods Originals at a bear show several years ago.  One became two, then three and I had a mini collection.  Then I wanted to design and create my own rat.

My first attempt was pretty good until I got a look at the body shape.  What is that? 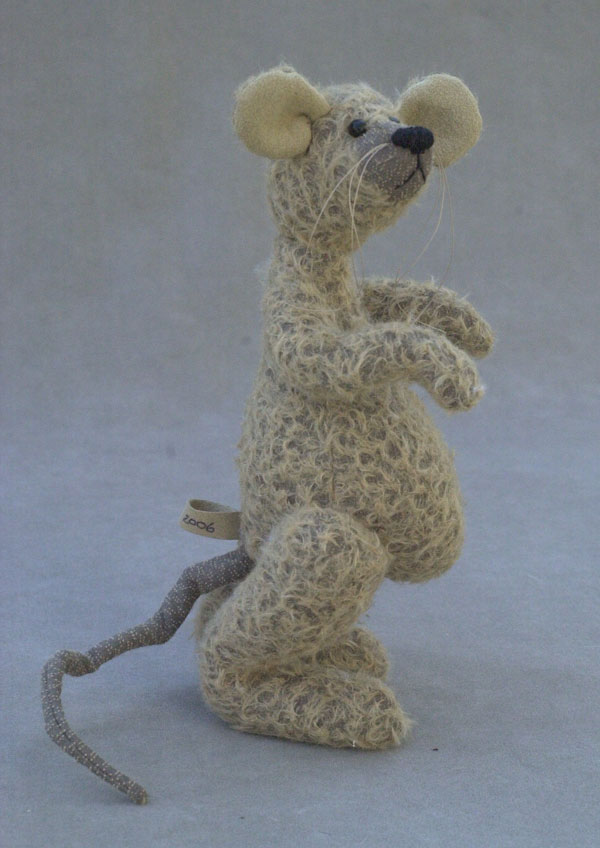 Kind of triangular there, maybe?  This is where the sketch doesn’t quite translate into what I had in mind.  I made a few changes to the body pattern and I had Edgar.  (Edgar now lives with a collector in CA.) 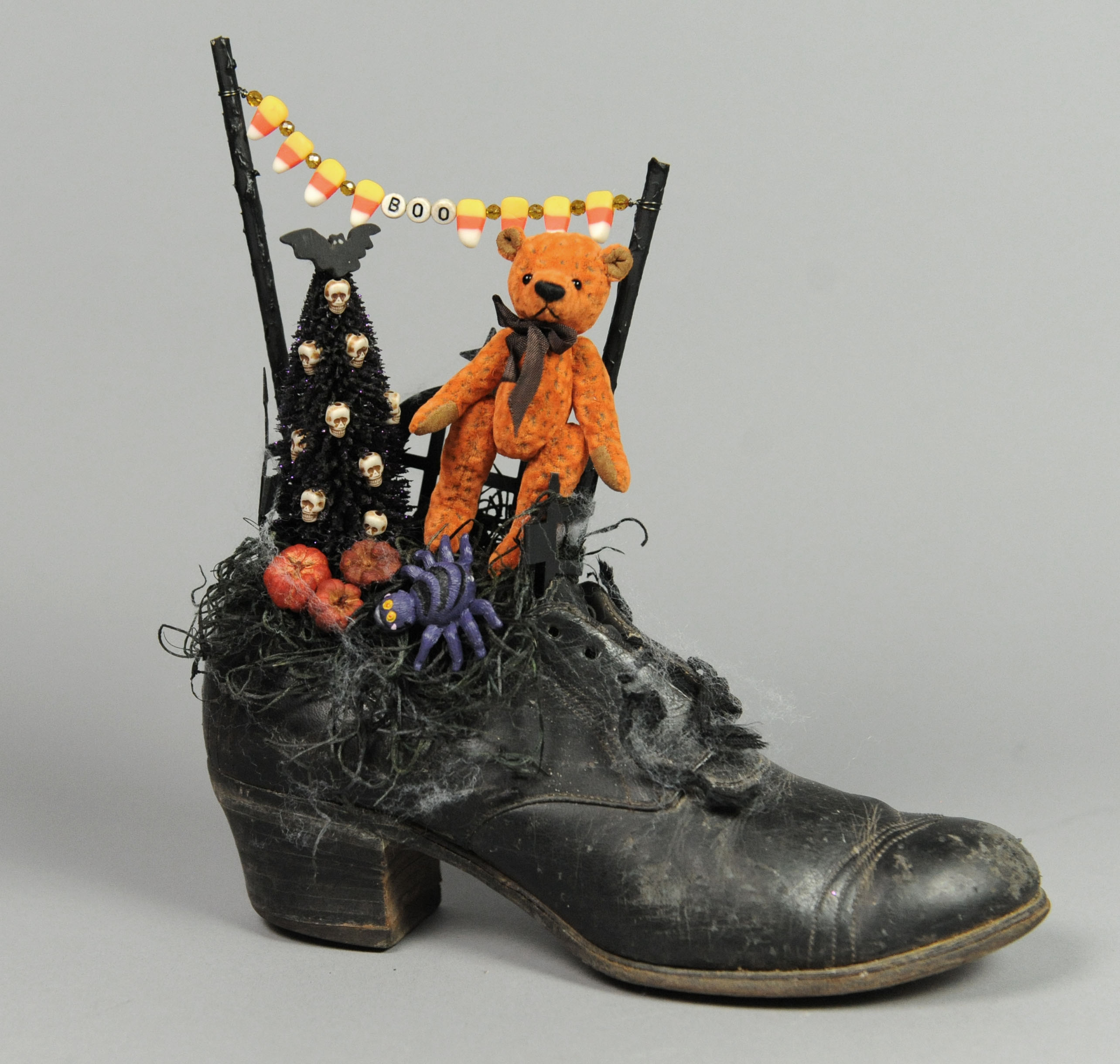 Much better.  Rounded belly, not triangular.  Adding some depth with color around the eyes and ears helps with defining the character.  Oh, and the hat  – well, the hat makes the rat! 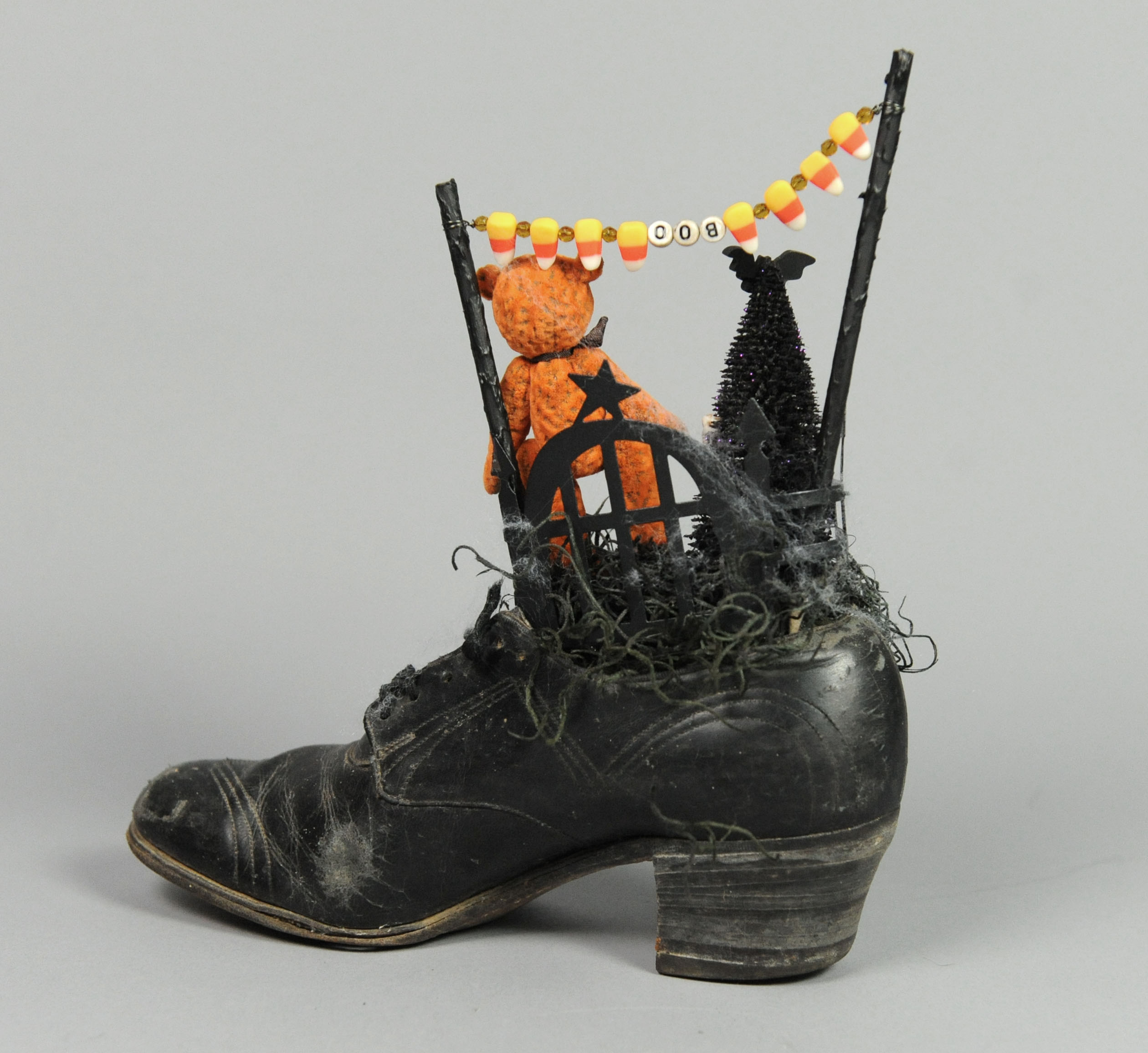 But in the back of my mind, there was one rat still not created.  My sister Tricia wanted a rat in red sneakers.  She had a name for him to0 – Vermincelli.  A gourmand of a rat, if you will.  But finding red sneakers to fit a rat isn’t easy and the project seemed to be continually on hold.  Until the past January, when I walked down an aisle at IDEX in Orlando and saw a pair of small red sneakers.  Made by Jaime Show for a 16″ fashion doll, I wondered if they might really work. Back home in the studio, I pulled out the patterns for the rat.  Now, Edgar was about 11″ tall – and the feet were way too big for these shoes.  So, back to the drawing board to design a smaller rat. Yes, I think that will work just fine.  And maybe a few props for the photo shoot? Tricia is quite pleased with her rat. The rats continue to multiply, as rats will do.  The newest is Nigel, a rat who is rather pleasant, as rats go.  He is a small rat, about 7″ tall.  He will soon be available in my etsy store. 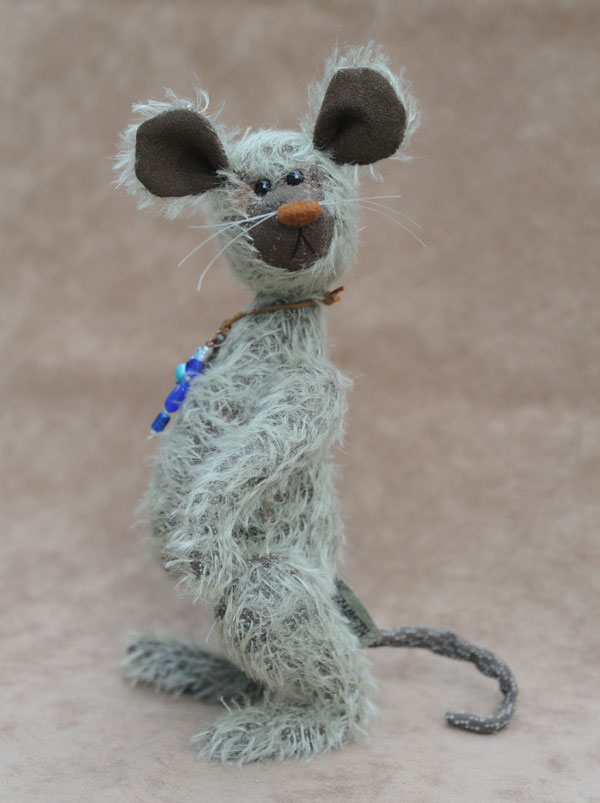 And that, as they say, is that.

This entry was posted in Uncategorized. Bookmark the permalink.