Another patient came into the shop last week, from the same owner as the Character bear I recently repaired. This one was a much older bear that had belonged to his great aunt. It had sat in a drawer for over thirty years, waiting to be brought out, repaired and loved. 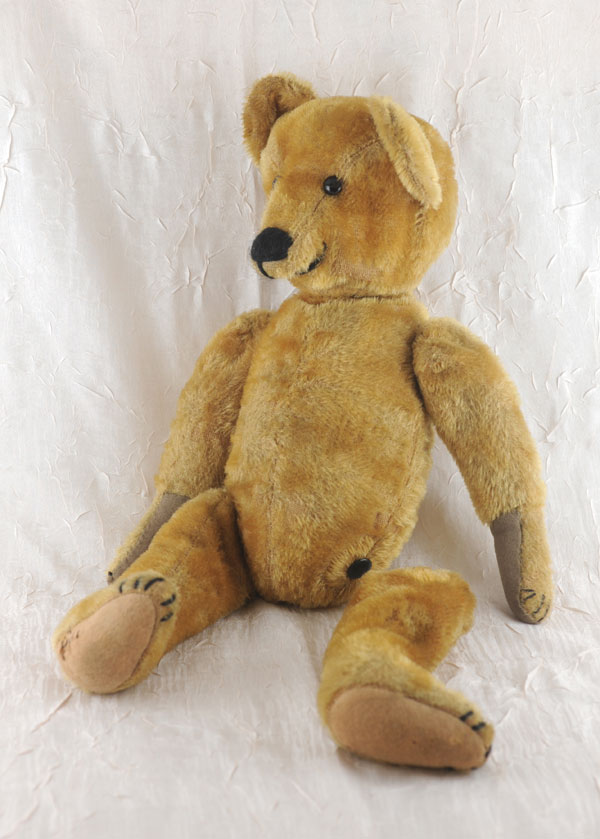 His major ailment was that his left leg had become detached from his body.  His fur was wearing in places and his stuffing was sagging some, but otherwise he was in great shape for a bear that had belonged to a child born at the turn of the last century. 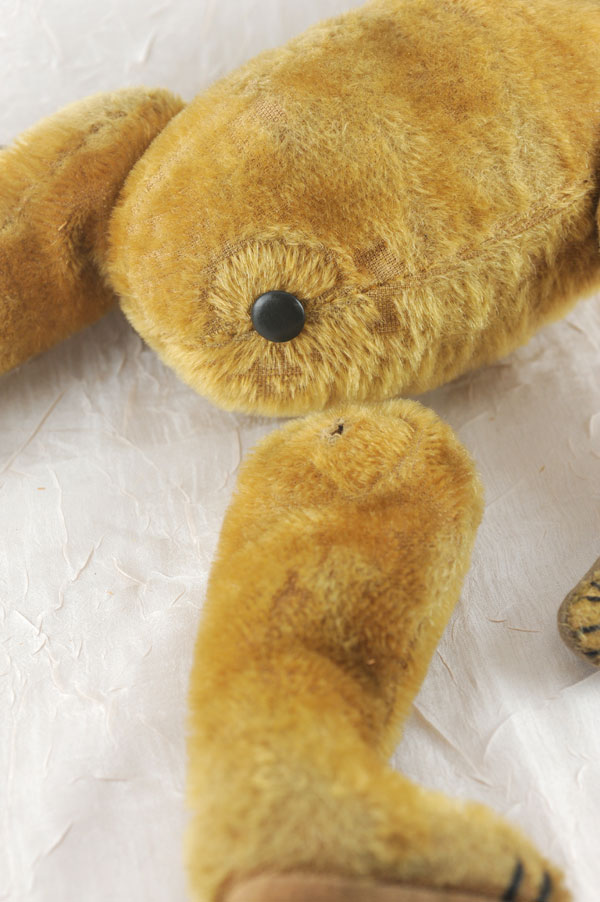 In order to determine why the leg had come off and to reattach it to the body, I carefully opened up the back seam of the bear along the original closure. 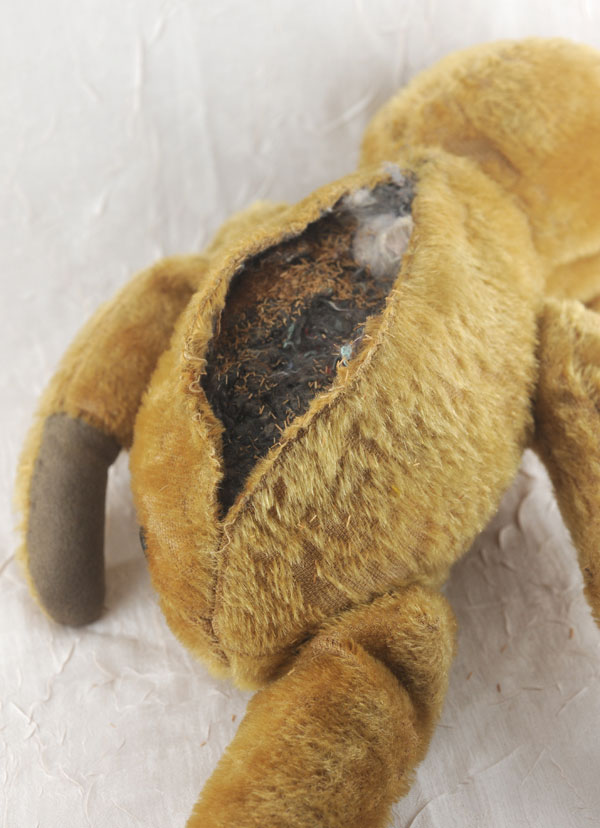 Then I opened up the top of the leg.  I found that the jointing system consisted of hardboard discs and a large heavy duty brad.  The disc in the leg had broken, allowing the end of the brad to work its way out of the leg. 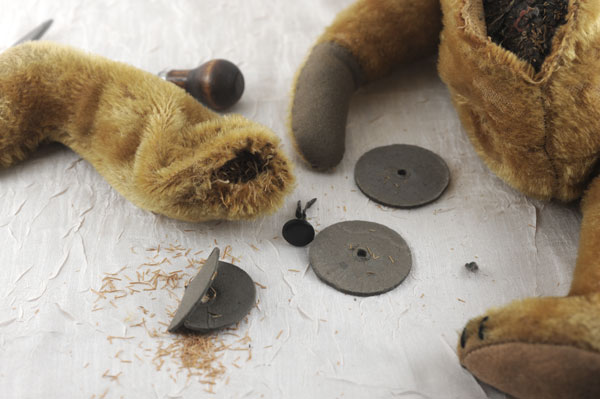 I replaced the original discs with new ones, inserted the brad into the disc and inserted that into the leg, then closed up the top seam. 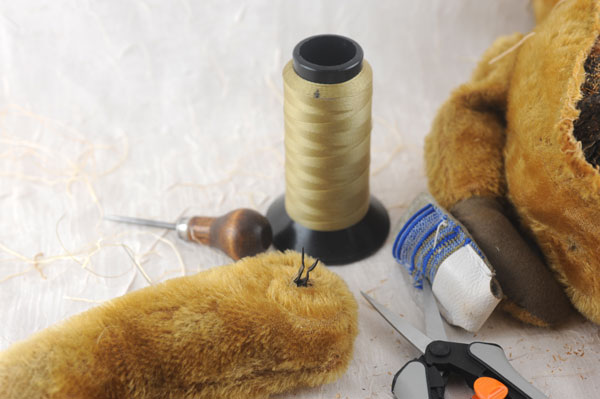 Then I realigned the leg with the body, attached another disc inside the body and refastened the brad legs to hold the leg securely on. I closed up the back seam, repaired a few small holes in other seams, and added a few stitches to his one ear that was a little wobbly  I think he feels much better now. 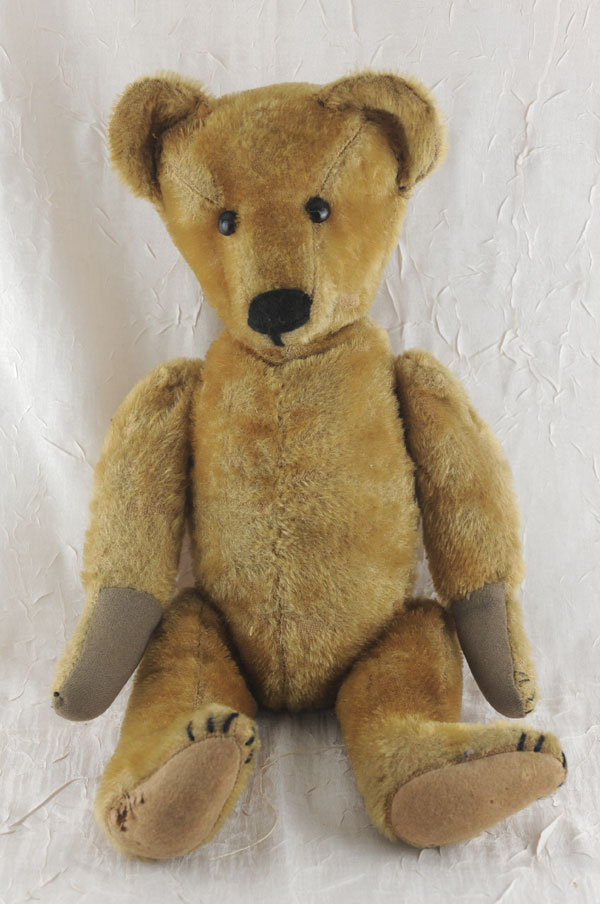 I don’t believe he will have to live in a drawer anymore. Maybe he can hang out with the 1950’s Character bear and both will be handed down to family members in the future. 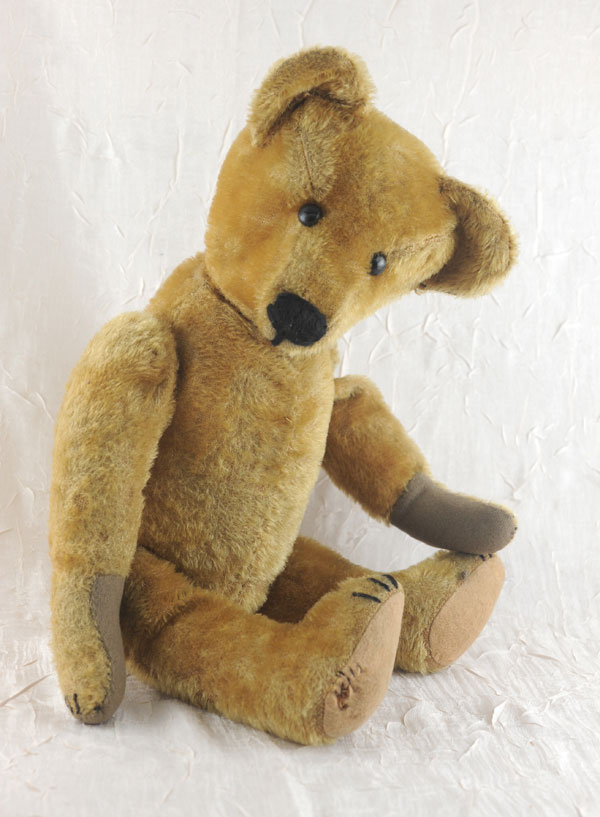 His shoe-button eyes have the look of an old soul and I won’t forget how much I enjoyed his company while he was with me. Do you have an old bear story? I’d love to hear it.

This entry was posted in teddy bears and such and tagged antique bear, bear, bear repair, old bear, teddy bear. Bookmark the permalink.