My sister had this really cool embossing folder with seashells around the edges. I embossed a piece of brown cardstock then went over it with a darker brown ink.  Wasn’t sure where to go next, until I remembered that I had the Tim Holtz Sizzix Bigz die – Sand & Sea. Find some paper and cut a seahorse.  Okay, good, only the first seahorse I cut was facing the wrong way. Not a problem, I had also had some Stampin’ Up shells stamped and cut out.  They were placed over some sand colored paper and the seahorse added on top. 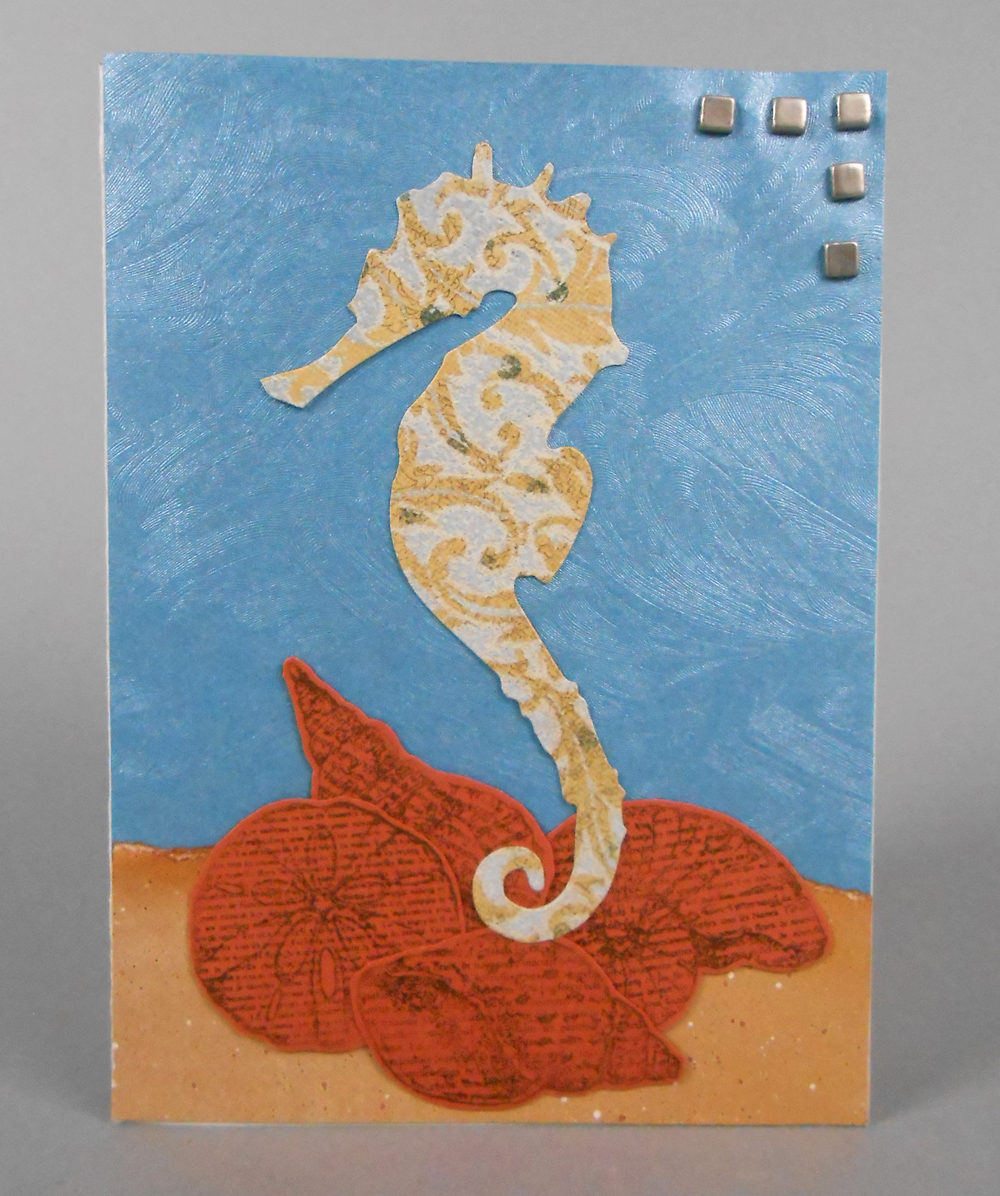 Now let’s cut another seahorse, this time the right way round, and cut a sand dollar as well. These were placed onto the embossed background and some brads were added for bubbles. 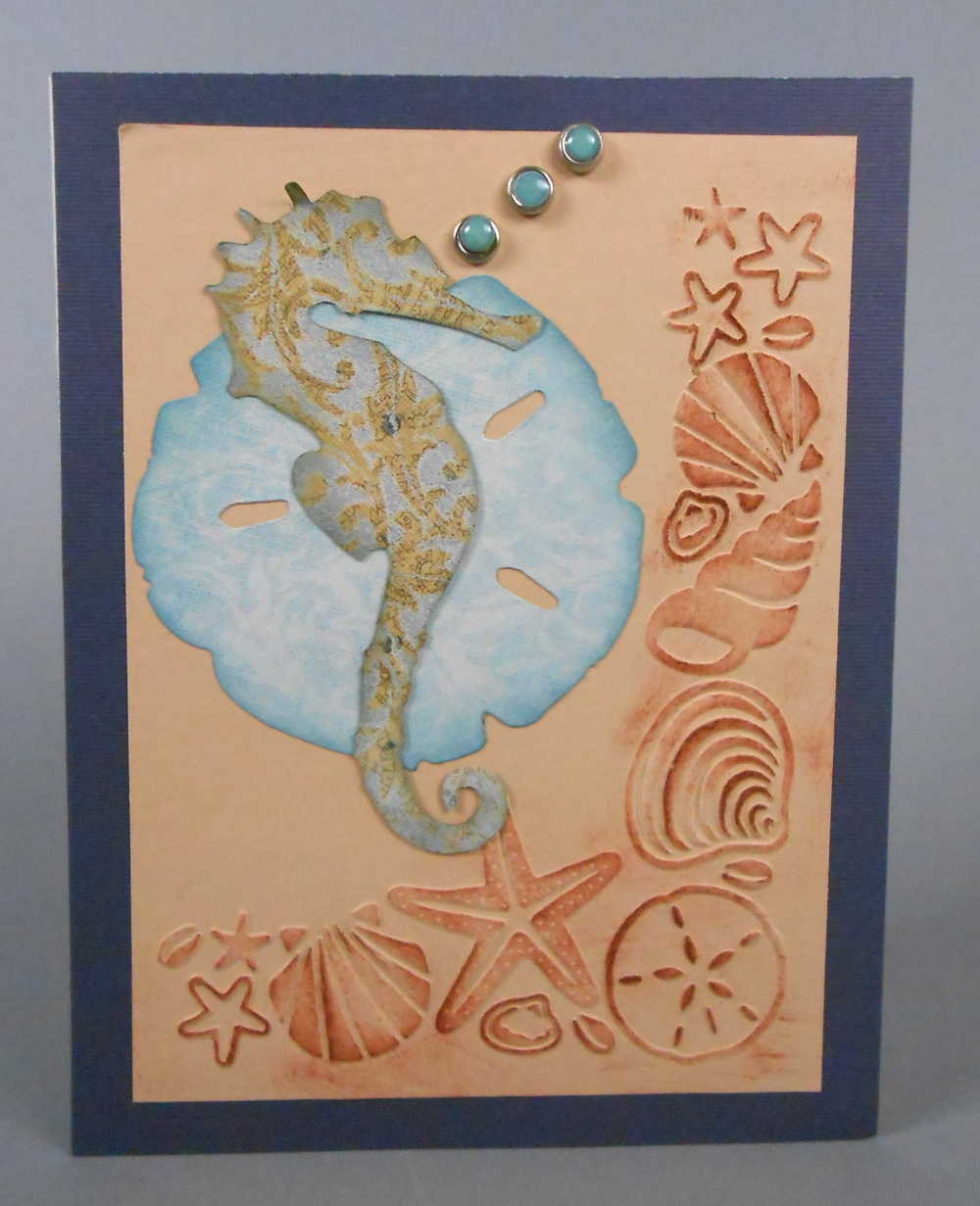 Later, I pulled out my Stampers Anonymous Tim Holtz Nautical Blueprint stamps. I chose the seahorse and the shell this time. After coloring, the seahorse was trimmed and placed over cardstock embossed with a Spellbinders folder and some sand and bubble paper scraps. 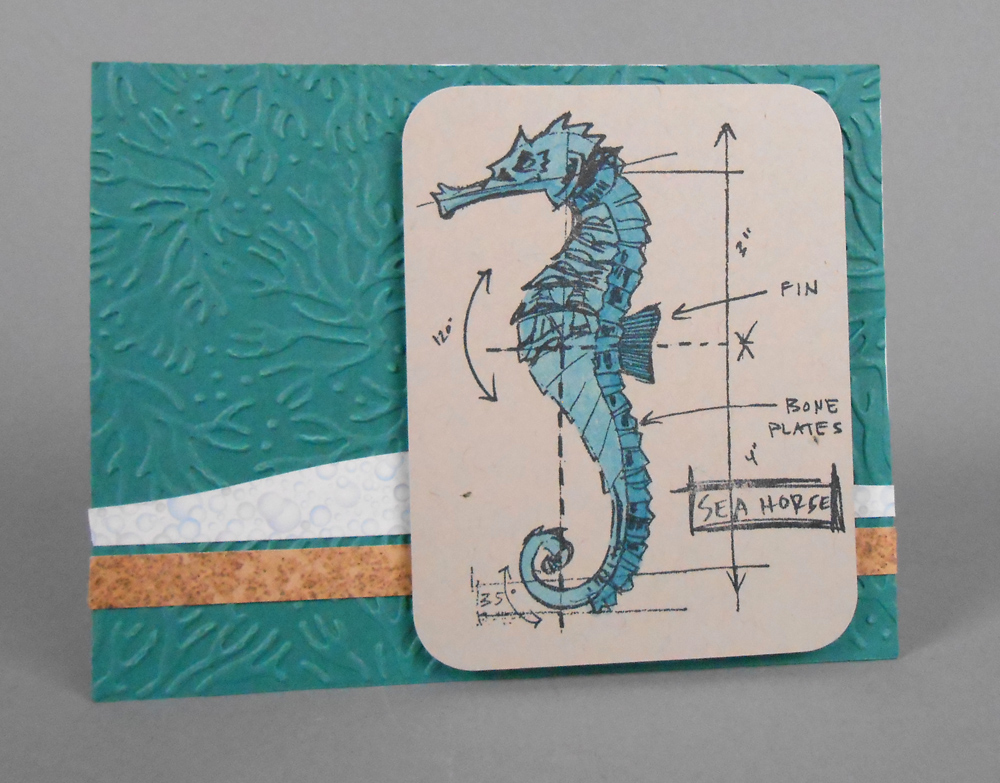 The shell was colored as well and placed on paper embossed with a Spellbinders folder as well. I used a piece of mottled blue paper for an accent.  The blueprint stamps are large and detailed, so I don’t feel the need to go overboard on the accents.

Tune in again next time to see what I did with Tim’s Laboratorie stamp set.