Owning and running a teddy bear store, I often get asked about bear repairs. I always say that I need to see the patient before I can determine if I can do the repair. Recently a vintage Character bear came to me in this condition: 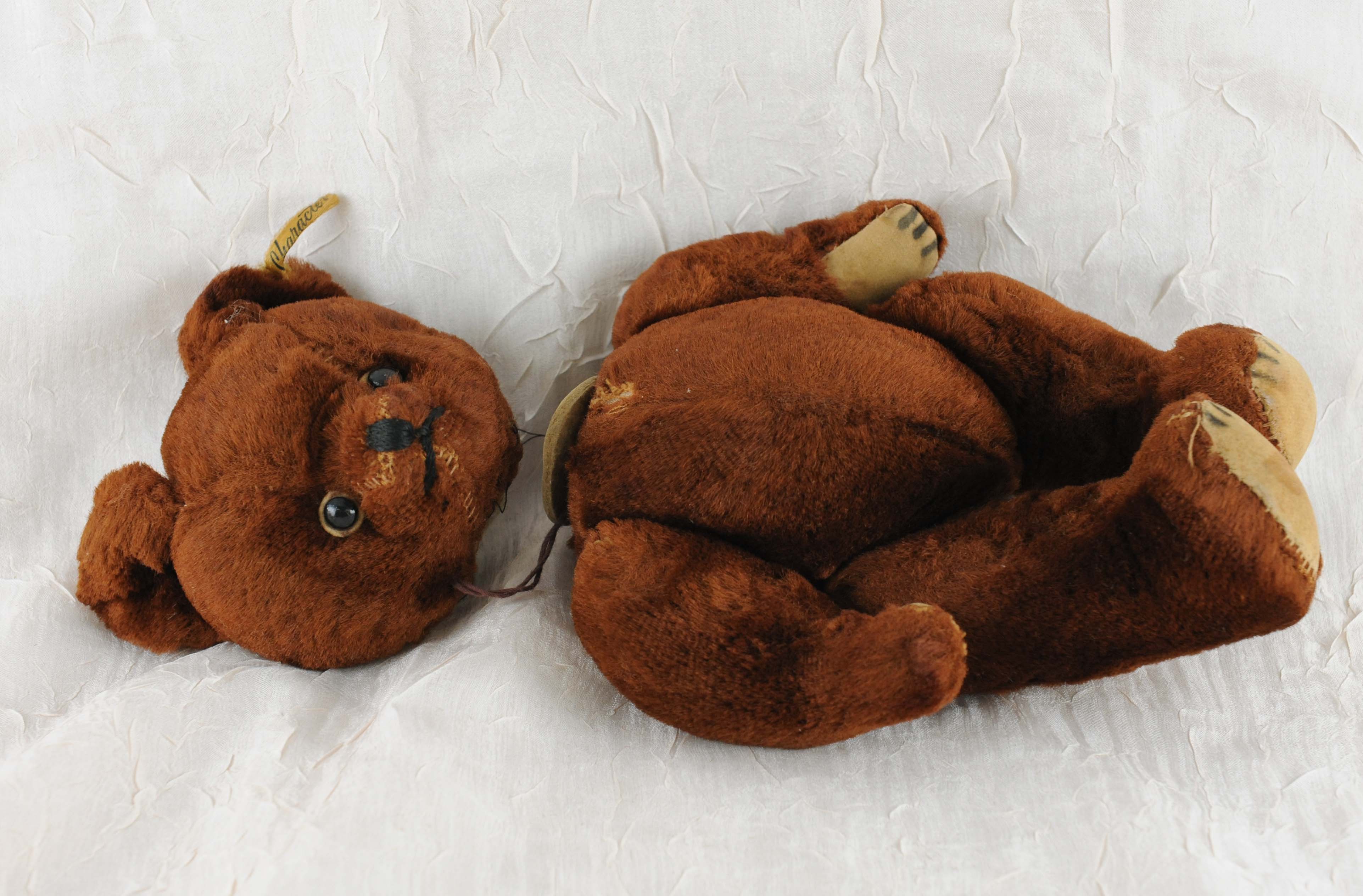 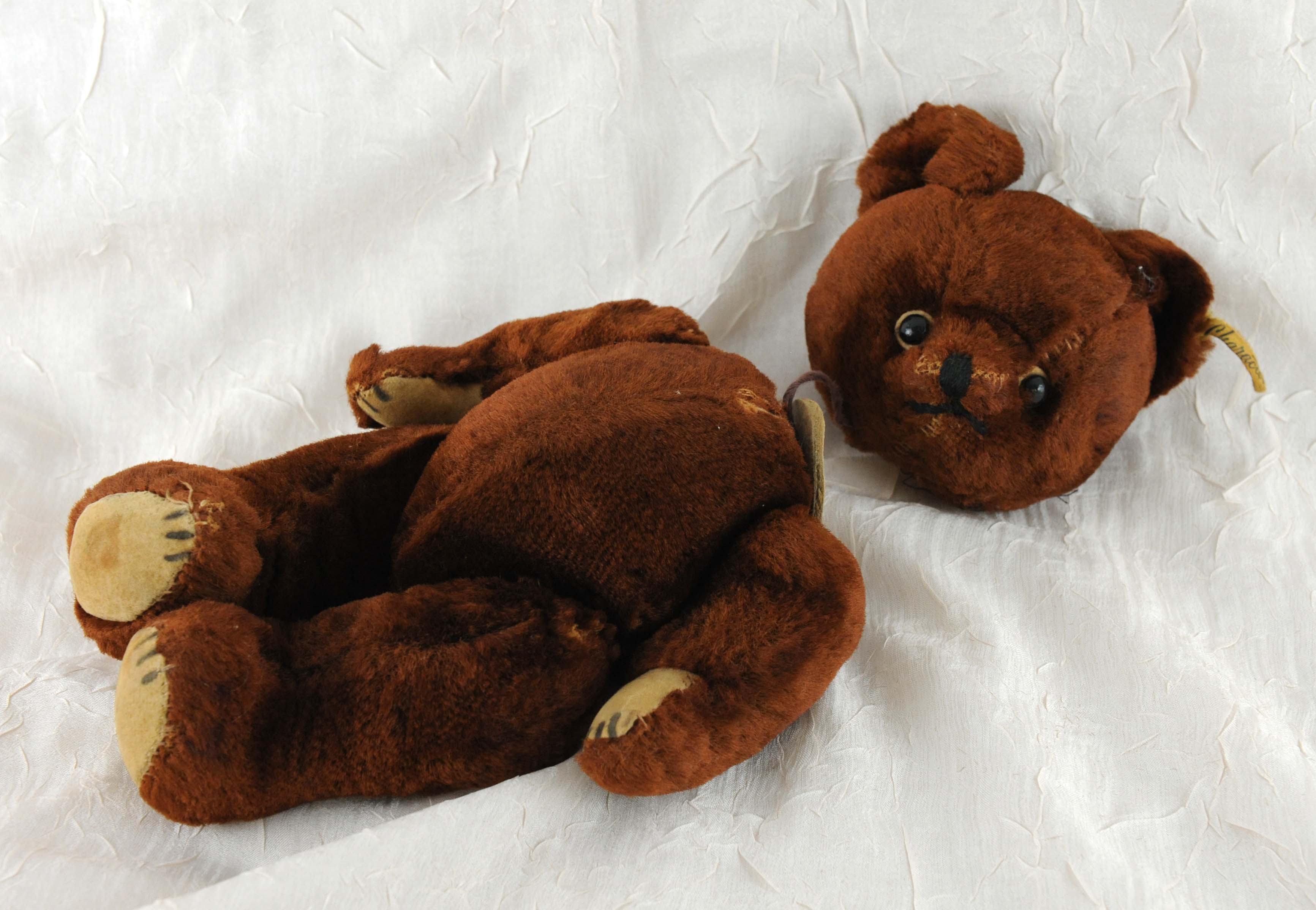 Poor thing. His owner stated that he had pulled of the head as a child – so this little guy has lived like this for way too many years. After taking the bear to my “operating room” I opened the back seam and gently removed the old stuffing. The head joint was two cardboard discs connected by a thick nail that had been curled at the end. Out came the heavy duty wire cutters and the joint was cut. The decapitation had created stress on the front seam of the bear, so I stitched that up first, then turned my attention to reattaching the head. A new hardboard disc with cotter pin and washer was inserted, the neck seam gathered and the pin placed back into the neck of the bear. Another hardboard disc and washer were threaded on and a turn of the pliers secured the joint. Years after a young boy yanked on his bear in anger, that bear’s head was reunited with his body. Replacing the stuffing and closing the back seam completed the operation. I get the feeling he’s a much happier bear now: 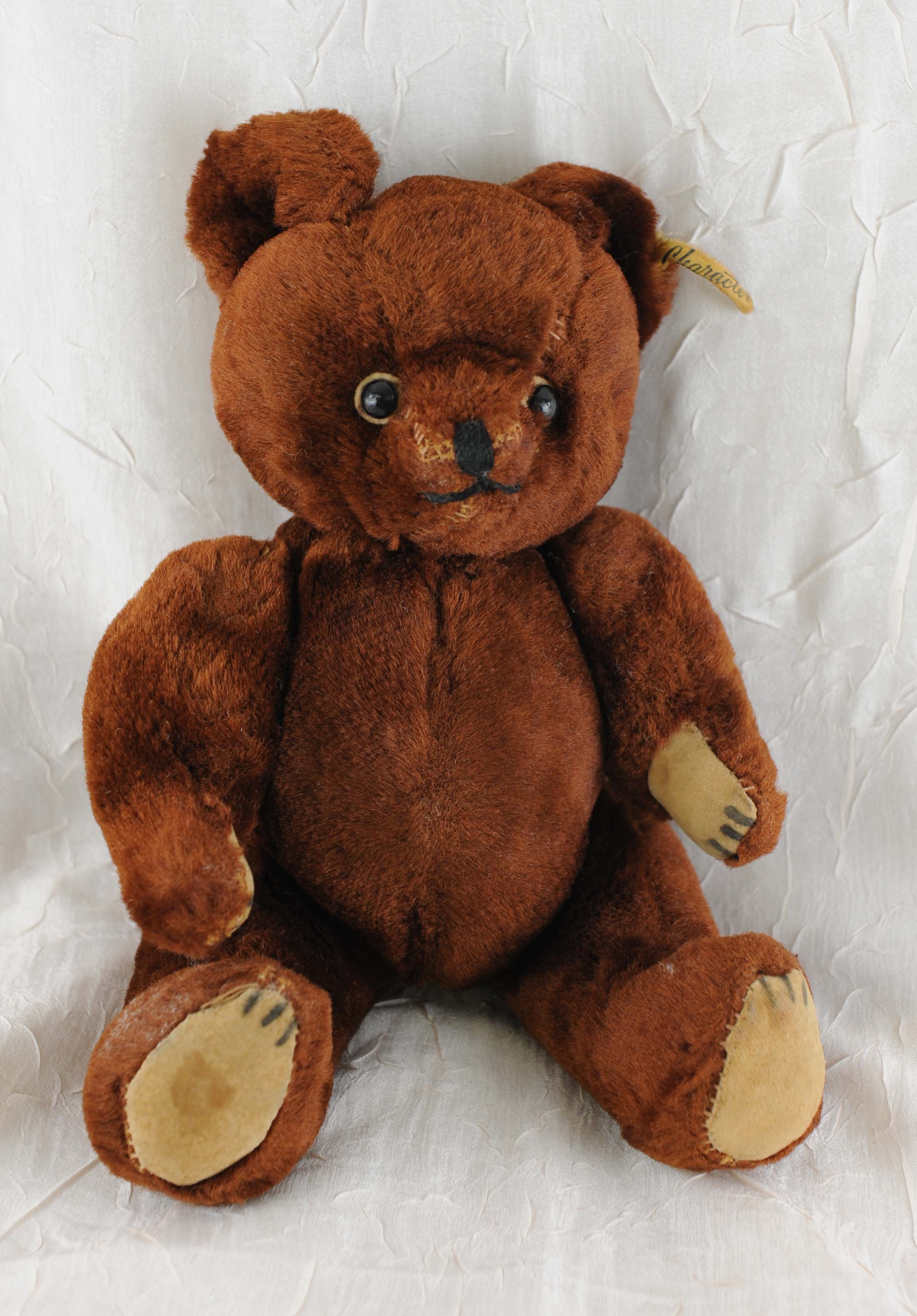 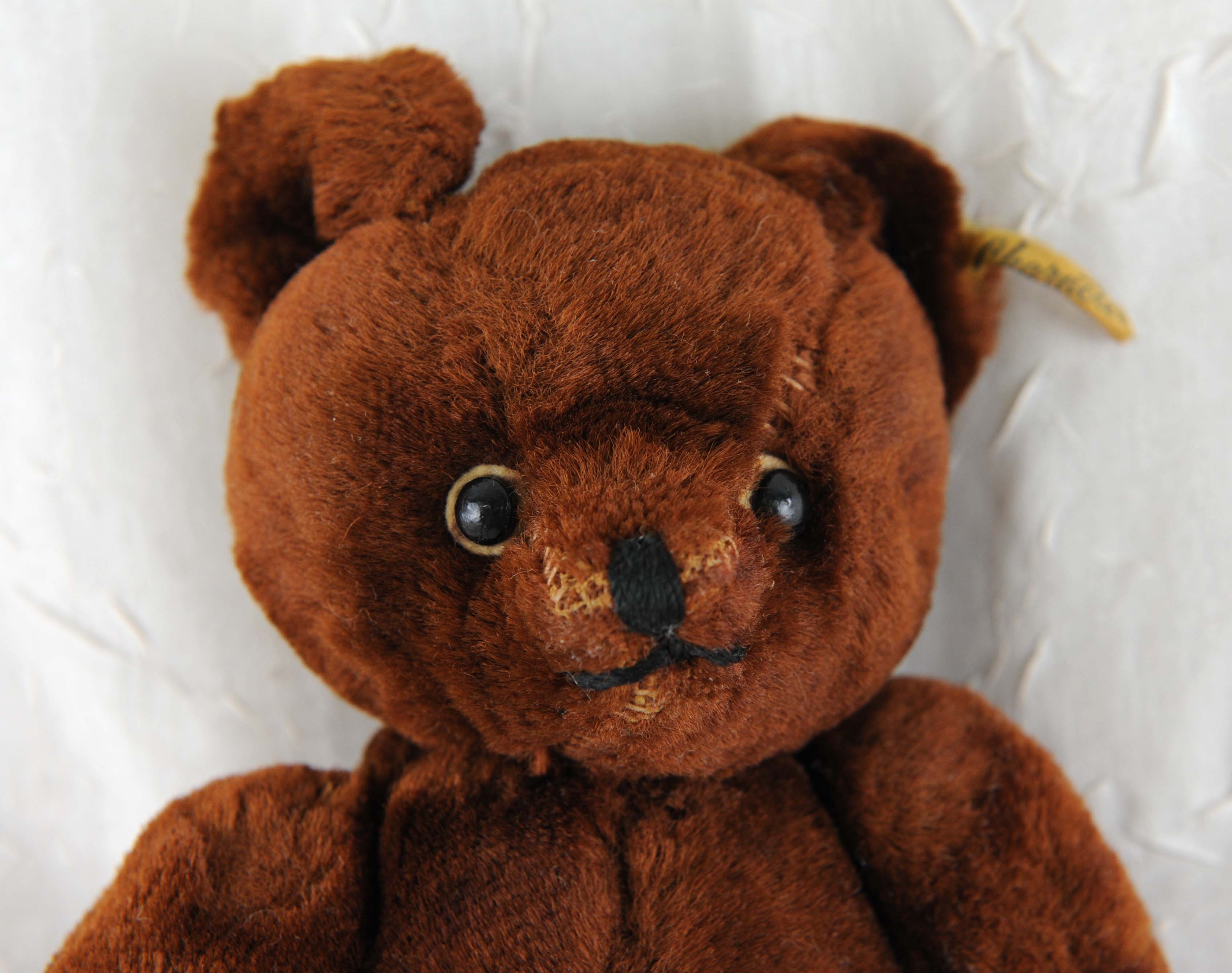 Teddy bear decapitations are not uncommon, as the necks are often just gathered threads that will wear and break with time, but this poor thing had his unfortunate accident when he was almost brand new.  Thankfully, these are also fairly simple for a skilled teddy bear artist or restorer to repair.  Hopefully with an older and wiser owner, he will have a long and huggable future.

This entry was posted in teddy bears and such and tagged bear repair, teddy bear. Bookmark the permalink.

1 Response to Undoing a Decapitation