Oops I used it again

I have too many rubber stamps to count – probably several hundred if not over a thousand.  So I really should be able to stamp for many years and never use the same stamp twice.  But as I looked over my card designs from the last few years, I found a few stamps did get used more than once.

Sometimes this is intentional when I want to convey a similar message.  My nephews Craig, James and Kyle are all very bright and are older now, so the cars, animals and robot themes seem a bit juvenile for them.  In 2009, when I was working on a batch of birthday cards, I came across an unmounted set of stamps I had picked up with an Einstein theme.  Perfect for these boys.  Here are two cards, one for James and one for Kyle  – with slight differences: 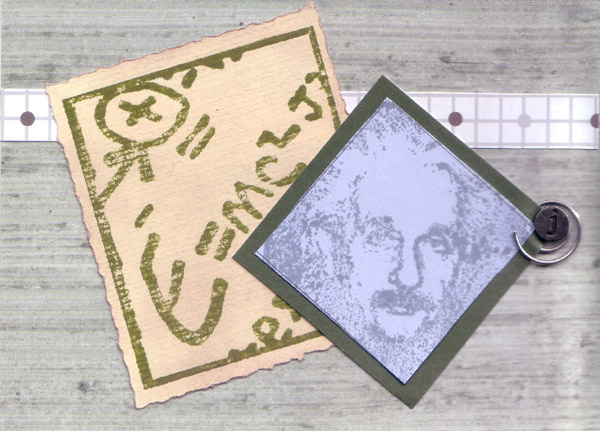 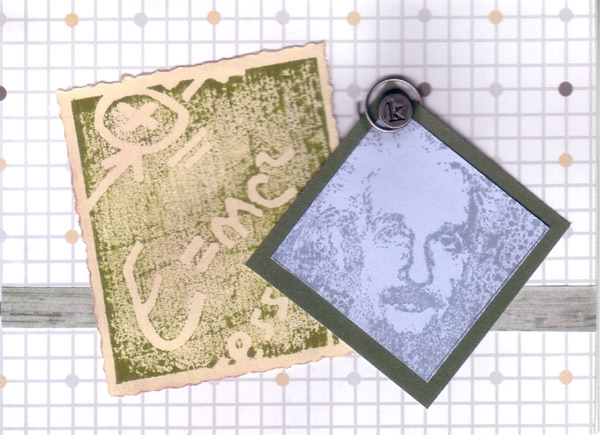 When my nephew Jacob was little, I called him Jake-a-bug. The Bugs & Kisses set from Stampin Up was perfect for his card: 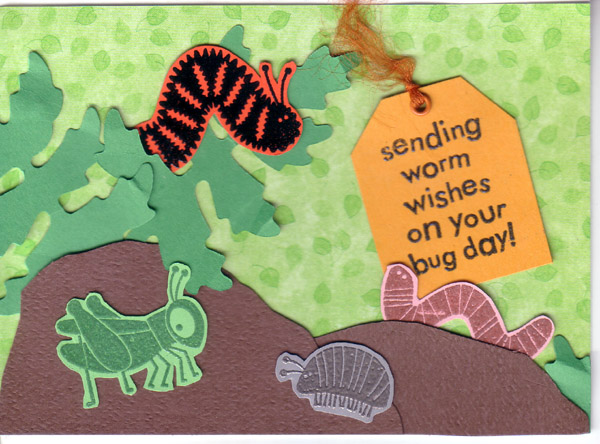 Later, when I wanted a tongue-in-cheek “you bug me” card for my brother, I used the same set: 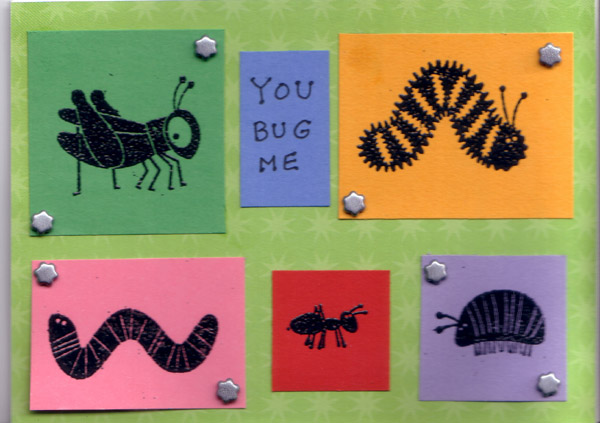 (And yes, inside I told him I loved him anyway).

Other times, I don’t realize until later that I had used the same stamp. Here are two birthday cards using the Stampin Up Tickled Pink set: 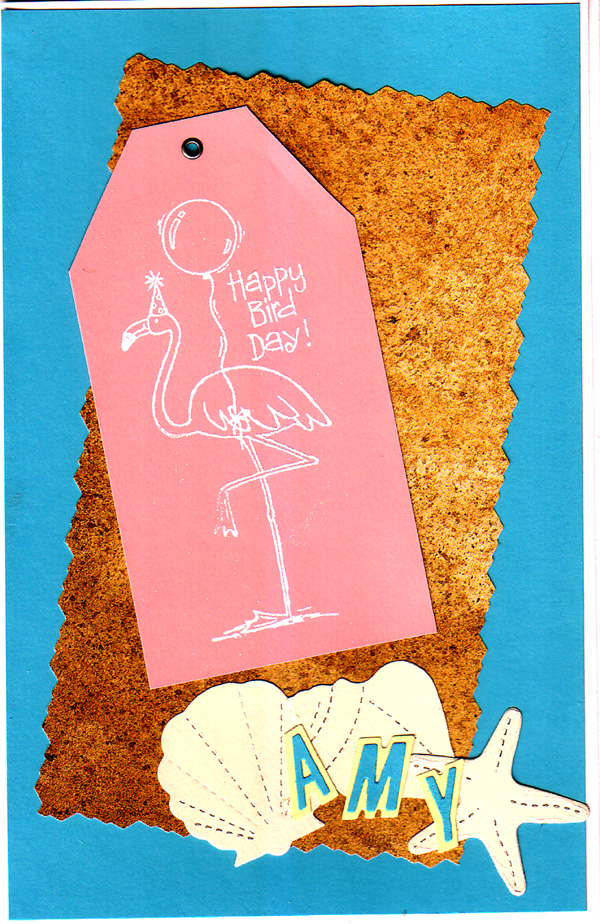 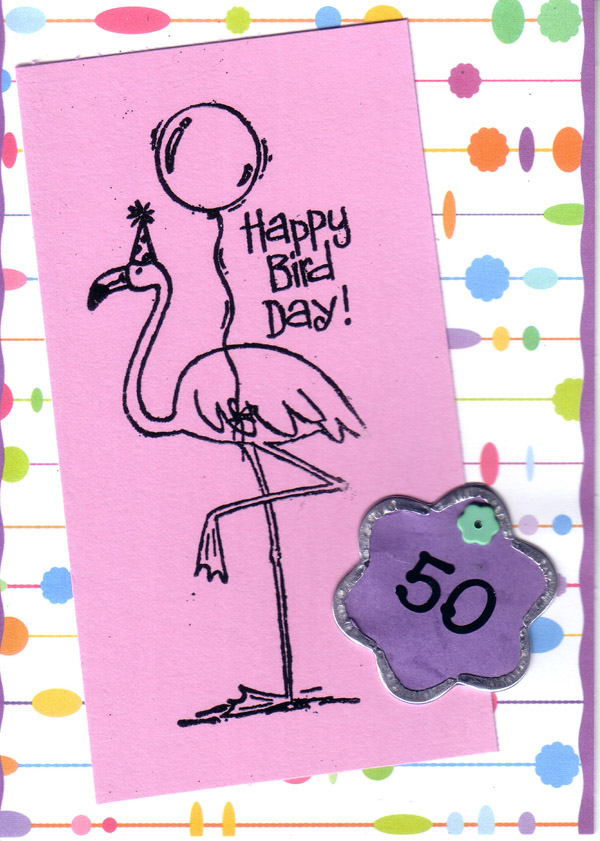 Another Stampin Up set – Ancient Art – provided the perfect theme for Susan’s card, as she likes southwestern art: 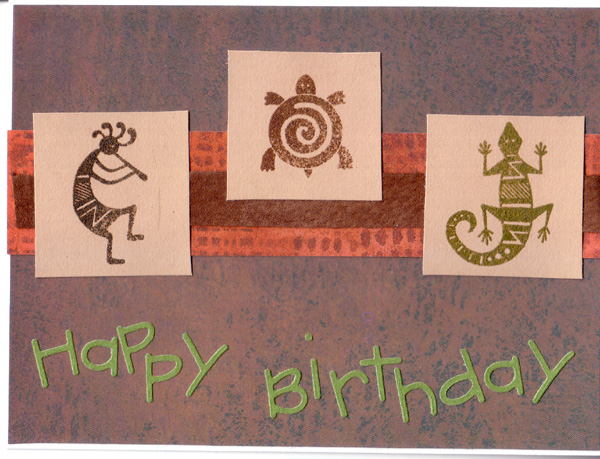 Then, when my niece Caitlin graduated from high school – the kokopelli stamp from that set seemed just right to convey the celebratory theme: 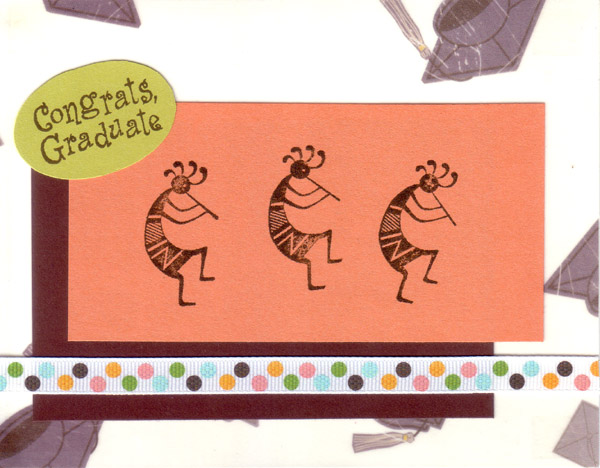 For get well and sympathy cards, I found I kept using the same teddy bear stamp from PSX – he has just the right expression on his face: 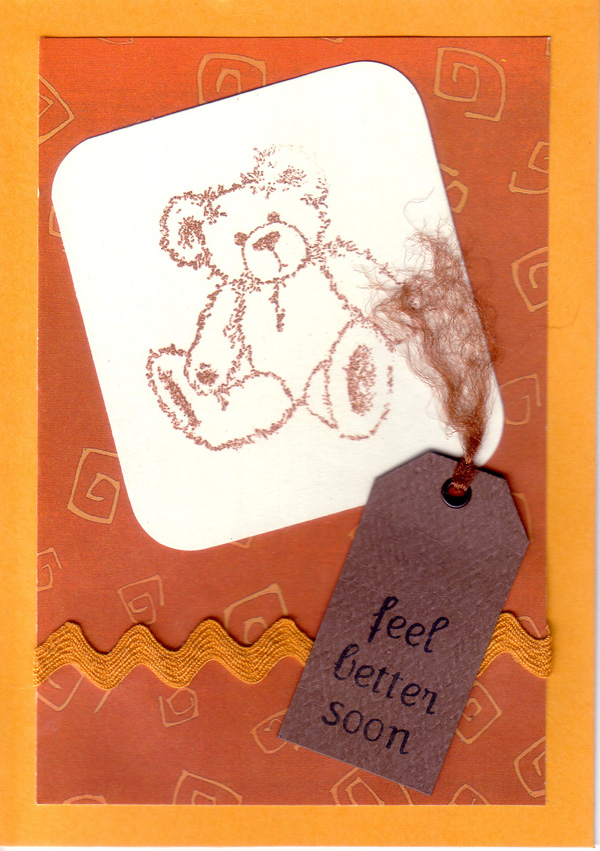 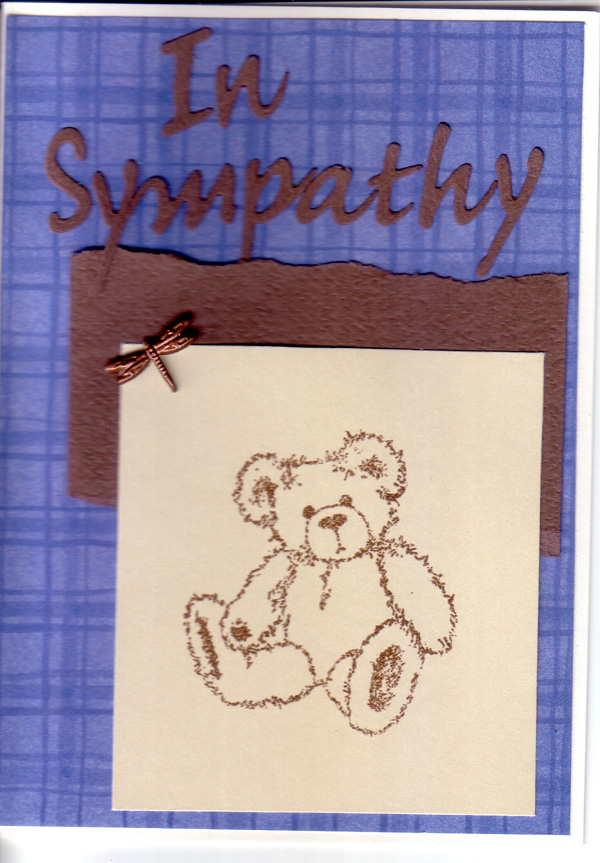 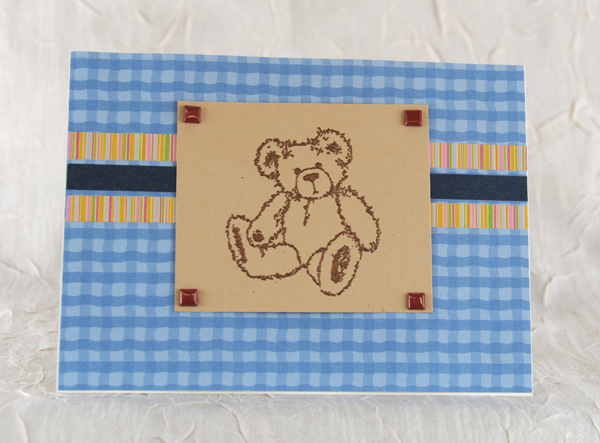 But the funniest coincidence happened earlier this year.  I was working on birthday and anniversary cards for a family reunion.  Many extended family members were celebrating milestone birthdays and there were anniversaries celebrating 20, 25, and 55 years.  I created this card for Susan and Dave’s 25th anniversary using the shore birds from Stampin Up’s Shore Thing: 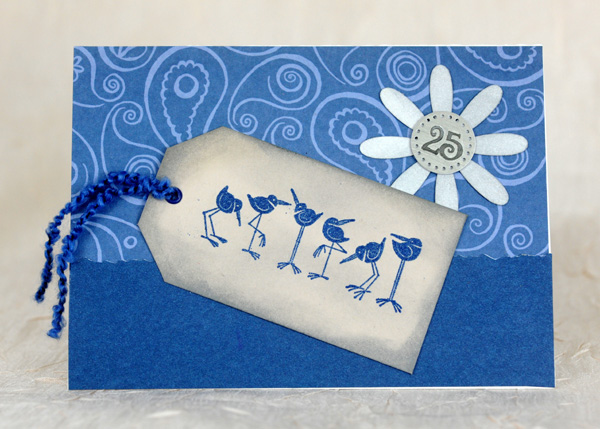 Not until I was adding the picture of that card to my portfolio did I realize I had used the stamp for her birthday card two years earlier! 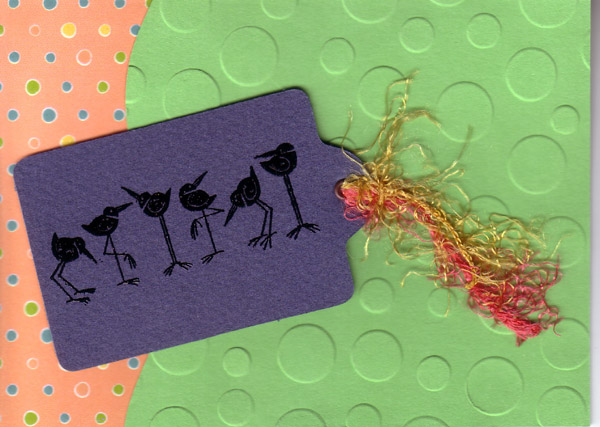 Wonder if she noticed?

2 Responses to Oops I used it again